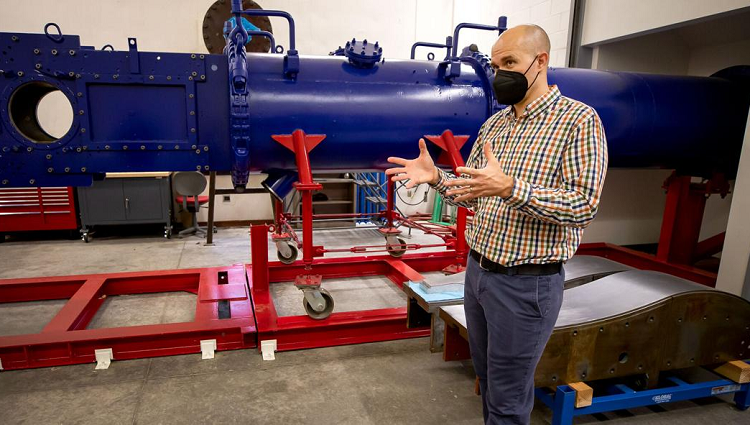 Hypersonics, the science of flights at five times the speed of sound and faster, holds a number of welcome advancements to the worlds of defense, technology and travel. The Arizona Daily Star recently highlighted the hypersonic flight research coming out of the University of Arizona in collaboration with the U.S. military and Tucson-based Raytheon Missiles & Defense.

But flying at hypersonic speeds creates a number of difficult technical problems, the Star reports, including super-heating of surfaces from air friction, airflow design, airframe stress and high-speed maneuverability. The UA and AME aim to be at the forefront of solving those problems, after spending about $1.7 million on wind-tunnel upgrades in the past two years, supported by grants totaling more than $3 million last year from the research arms of the Army, Navy and Air Force, as well as from Raytheon.

“You can probably count on one hand the universities that can compete with us in terms of facilities like this," said Jesse Little, AME associate professor and head of the Turbulence and Flow Control Laboratory. "We’re one of a select few.”

AME assistant professor Stuart "Alex" Craig is using a $450,000 grant from the Office of Naval Research to install a so-called “quiet” nozzle on the Mach 5 hypersonic wind tunnel in his Boundary-Layer Stability and Transition Laboratory. The nozzle will create conditions more closely approximating natural air flow to deliver better test results. Craig says that after the new nozzle is installed, the tunnel will be the only tunnel in the nation that can produce quiet flow at Mach 5.