Gov. Ducey Says Investment in Hypersonic Flight is Ticket to the Future 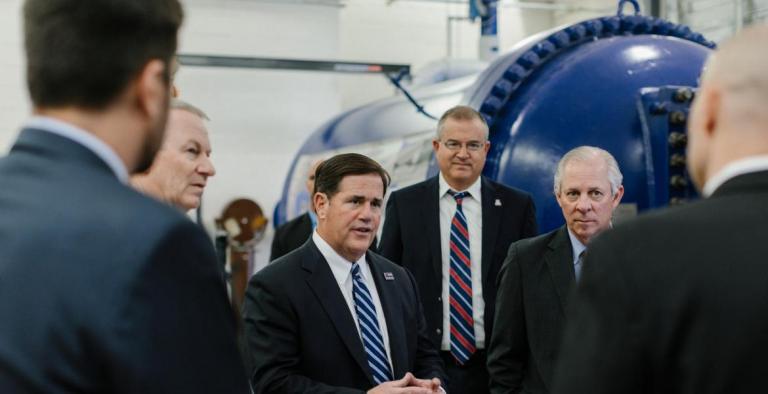 Gov. Doug Ducey visited the University of Arizona campus in December to see the state's New Economy Initiative in action. The initiative is geared toward building a highly educated workforce to meet some of the world's most pressing technological challenges. Its fiscal year 2022 funding included support for UA research in hypersonic flight – flight at five times the speed of sound and faster.

"Being able to have not only hypersonics capabilities, but being able to defend against hypersonics, is something that is not only important today, but is growing in importance every single day," Kremer said. "Unlike many areas of science, where we have decades of experience, this is an area that's truly emerging."

Vehicles traveling at high speeds, he explained, generate high levels of heat, creating a multidimensional engineering challenge that requires expertise in materials science, propulsion techniques and thermodynamics. Wind tunnels like those on the UA campus allow the university and industry partners to conduct experiments with all of these principles in play.

Ducey echoed the importance of wind tunnel research, especially considering how much other countries are investing in hypersonic technology.