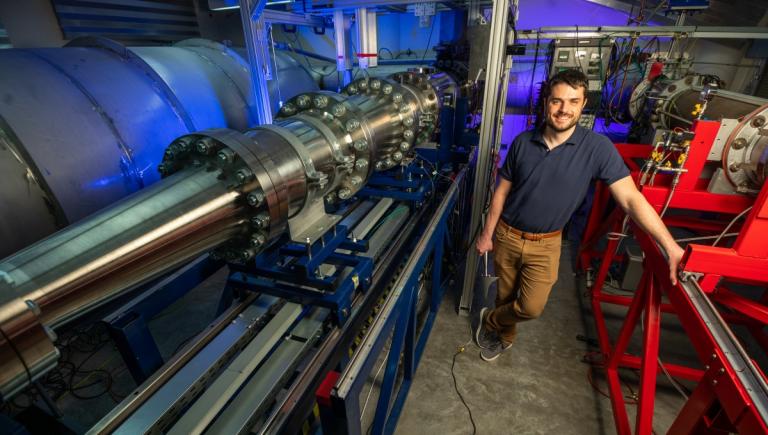 AME assistant professor Alex Craig was a co-recipient of $10 million in federal and state funding to upgrade hypersonic facilities and related research infrastructure. This funding will support Craig's Boundary-Layer Stability and Transition Laboratory and positions the University of Arizona as a leading educational institution in the hypersonics field. Craig recently discussed the field with news channel KOLD, against the backdrop of the United States joining a hypersonics security alliance with the United Kingdom and Australia.

“Hypersonic weapons are so fast, so maneuverable that modern defenses can’t really stop them,” Craig said. “Russia and China especially have been working in this field. Honestly, they are probably ahead of us right now."

Hypersonic speed is classified as traveling five times the speed of sound, or Mach 5 — more than 3,000 mph at sea level. Speeds of this intensity can be replicated in Boundary-Layer Stability and Transition Laboratory, which houses a 15-inch-diameter Mach 5 Ludwieg tube.

During the ongoing invasion of Ukraine, Russia used hypersonic missiles, bringing even more attention to the field.

“Honestly, I was a little bit surprised when the news came out that they used one of these systems,” Craig said. “It could be because Russia is trying to send a message to the west basically saying, 'Remember, hey, we have these systems.’ The other one being they are running low on their stocks of long-range precision missiles, and they had to dip into their higher-level capabilities.”