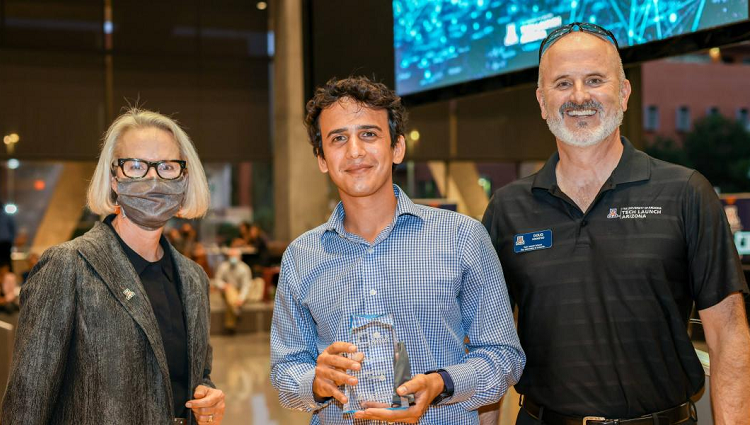 Tech Launch Arizona, the office of the University of Arizona that commercializes inventions stemming from research, hosted its eighth annual I-Squared Awards and Expo on Sept. 28. 2021. The awards honored the university's top inventors and entrepreneurs.

Sahand Sabet, a doctoral candidate in mechanical engineering, was awarded the Student Innovator of the Year award, which is given to a student who has shown excellence in commercialization and intellectual property with a focus on entrepreneurship. Sabet and his teammates originally approached TLA with an idea for a new generation of robots that can both roll and fly and operate for extended periods of time. The team launched Revolute Robotics to bring the invention to the marketplace.

Sabet and the Revolute Robotics team participated in TLA's National Science Foundation Innovation Corps customer discovery program. Through the program, they learned about additional potential applications for the technology, and they are currently expanding the focus of their company.

"Eight months ago I had no idea about the process – how to package things, how to start selling things – and that's where Tech Launch really helped us," Sabet said, noting how much assistance the team received from the experienced mentors at TLA. "I'm really honored to receive this award, and I want to thank TLA for all their efforts in giving students a chance to bring an idea and turn it into a product."