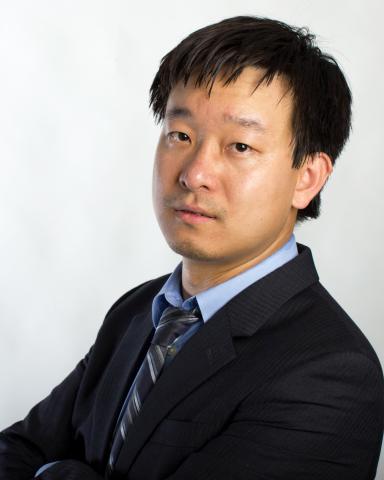 Qing Hao received his B.E. degree in Thermal Engineering from Tsinghua University, China, in 2001.  He then obtained his M.S. degree from the University of Texas at Austin in 2004, and his Ph.D. degree from the Massachusetts Institute of Technology (MIT) in 2010, both in Mechanical Engineering.  Under the supervision of Prof. Gang Chen, his Ph.D. thesis focused on developing nanostructured thermoelectric materials for applications in refrigeration and electric power generation. His work on high-performance nanostructured bismuth antimony telluride bulk alloys not only produced a co-first authored Science paper but also won him the 2008 R&D 100 Award as a team member.  After his PhD, he spent a year as a postdoctoral research associate in Prof. Gerbrand Ceder's group at MIT, primarily working on novel Na-ion batteries.  From Aug. 2011, he became an Assistant Professor in Aerospace and Mechanical Engineering at the University of Arizona. His research interest is nanoscale energy transport and its applications in advanced materials and nano-electronic devices. His current research efforts include heat transport inside Li-ion batteries, high-power electronics, boiling and condensation, thermal insulation materials, thermoelectrics, measurements and engineering applications of graphene and other two-dimensional materials. In 2015, he received the AFOSR YIP Award for graphene research. In 2017, he received NSF CAREER Award for thermal studies of grain boundaries. He was promoted to Associate Professor in May 2017.