The Sky’s the Limit for Brooke Owens Fellow 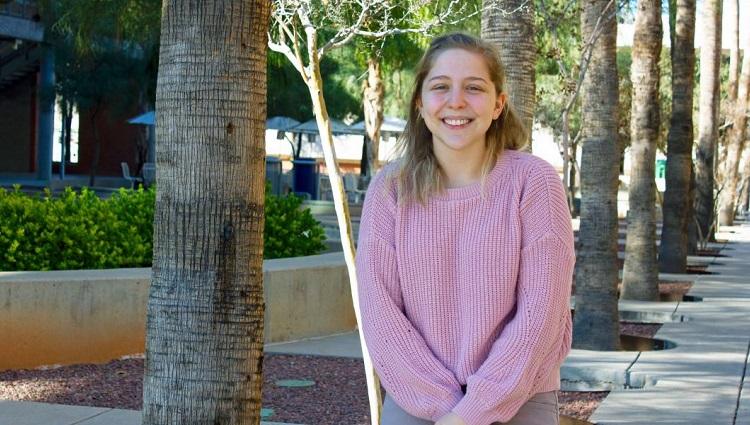 As a Brooke Owens Fellow, Lindsey Koelbel will complete a summer internship with HawkEye 360.

University of Arizona junior Lindsey Koelbel will intern at HawkEye 360 this summer after being named a Brooke Owens Fellow, an honor which provides top internship and mentorship opportunities for students counted among genders historically underrepresented in the aerospace industry. HawkEye 360 is a radio frequency data analytics company that operates a first-of-its-kind constellation of commercial satellites.

“The work they do is mostly humanitarian in nature, like providing emergency support to search and rescue teams, or for first responders providing aid in natural disasters,” Koelbel said. “I like the idea of using what I’ve learned to better the planet.”

At UArizona, Koelbel works with Dante Lauretta, professor of planetary science and cosmochemistry in the Lunar and Planetary Laboratory and principal investigator on the OSIRIS-REx mission. The spacecraft is scheduled to bring home pieces of the carbon-rich asteroid Bennu in 2023. On a related project, Koelbel is helping develop a machine learning system for spacecraft to navigate asteroid surfaces. She creates 3D virtual realities out of 2D images of asteroid features, such as boulders and craters, so the system can practice navigating.

“Lindsey is in the top 1% of undergraduate students I have worked with during my 19 years at the University of Arizona,” Lauretta said. “She is a role model for young women across campus and around the country.”